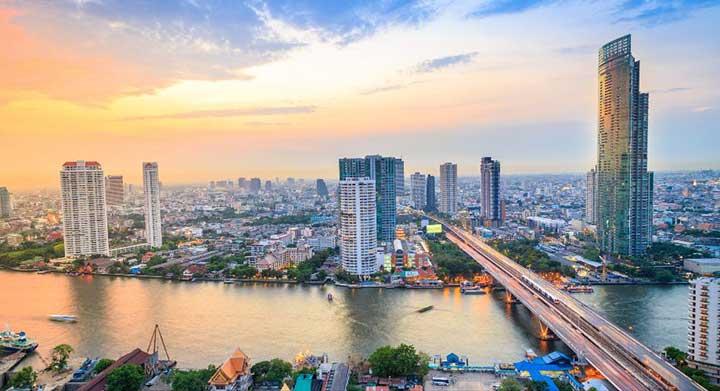 This can be translated as: The city of angels, the great city, the residence of the Emerald Buddha, the impregnable city (unlike Ayutthaya) of God Indra, the grand capital of the world endowed with nine precious gems, the happy city, abounding in an enormous Royal Palace that resembles the heavenly abode where reigns the reincarnated god, a city given by Indra and built by Vishnukarn.”

The sheer scale of Bangkok can be daunting to newcomers, but persevere to discover the city’s alluring clash of old and new. Known as the Venice of the East, Bangkok’s historic waterways - known as ‘khlongs’ - are still used today by commuters traveling along the Chao Praya River. But such nods to tradition sit alongside the vertiginous skyscrapers, world-class restaurants and glamorous, climate-controlled shopping malls of this modern super-city.

Bangkok is a city that’s blessed with an exceptional location, a climate that’s warm all year long and people who are extremely kind and hospitable. Besides all that, Thailand has some of the best cuisine in the world, especially if you are into spicy food.

In this blog, we would like to reflect on the best places to visit for tourists in Bangkok, a city which has really grown to become a large metropolis, slowly but surely becoming one of the key cities of Southeast Asia.

Bangkok is beautiful, in fact it is so charming and unique, with its countless canals and sampans floating on the water that it has become the main scene for countless movies from the Seventies with James Bond: man with the golden gun being the movie which has ultimately made the city world famous. Indeed thousands of tourists arrive in Bangkok on a daily basis and this makes the city a key tourist center in Southeast Asia. However, the floating market and the old downtown area is now only one fragment of all the sites to visit here. Let's enlist some of the best places to visit, the best things to do and the best day trips you can take when you are in Bangkok, Thailand.

Bangkok is also a chaotic city, that's always on the run. Its busy streets are always packed with people night and day. It's a city, which leaves many people exhausted because of its extreme lifestyle. It's also a place where it's very easy for a stranger to get lost. That's also why many people who want to hide choose Bangkok as their main destination. Thanks to it being very cheap, the number of international residents is substantially growing every year.

Culture: Bangkok is a real melting pot of diverse Asian cultures. Besides the original Thai locals there is a high number of Chinese and Indians living in Bangkok besides Malays, Indonesian and Filipinos. This makes for an extremely colorful culture, shopping opportunities and what's even more important it can provide you with an excellent culinary experience too. As for the religion, Thai people cultivate the Theravada type of Buddhism which is proven in its exceptional looking temples, palaces and monasteries all built in a very unique Thai style.

The best places to visit in Bangkok: 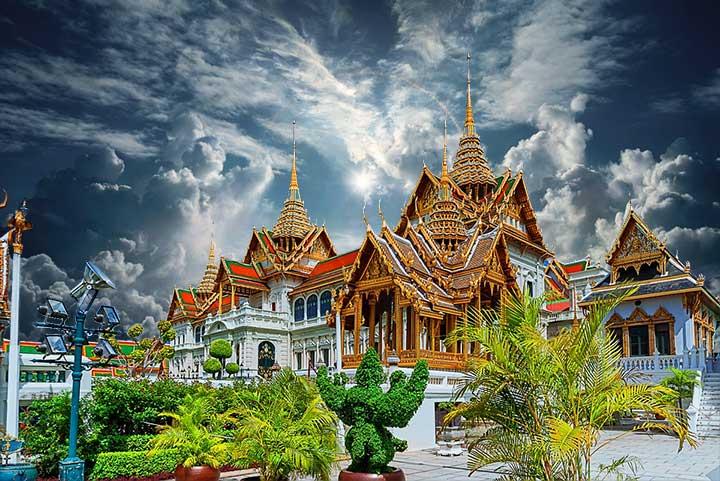 Located right in the Middle of the old downtown area, the Grand Palace and its whole area would make you explore some of the most beautiful tourist spots in one. This complex contains the Royal Palace, the Wat Phra and also has several beautiful monasteries and gates to explore.

The Grand Palace was built back in the 1700 s and it’s a joint effort of British and Thai architects, therefore it bears the signs of both renaissance and Thai architectural styles. The palace used to be the Royal residence up until recently but it is still used as the place of formal reception to this day. You can visit some key parts of the Grand Palace but you must make sure that you are dressed fine and modestly.

2. Wat Phra Kaew or 'The Temple of the Emerald Buddha'

The temple is located inside the Grand Palace and therefore the two complexes are often mentioned together. The temple itself is visited by thousands on a daily basis, making it the highest visited temple in Bangkok. Its Jade Buddha is 66 cm tall and looks exquisite. Furthermore the temple has a 2 kms long alley featuring beautifully painted murals on the life of Buddha and contains lots of information about the religion. 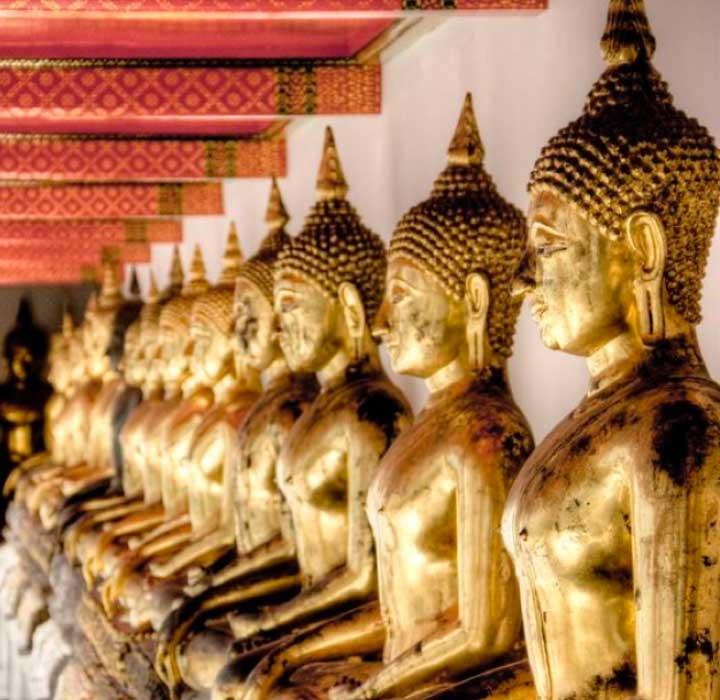 This picturesque temple is also located next to the Grand Palace making it a top tourist destination. According to the locals, the reclining Buddha has healing properties. This theory is further supported by the presence of a medical school, whose students are more than happy to represent their healing massage skills on tourists too. The temple is home to 91 stupas and exactly one thousand images which all feature Buddha.

This beautiful riverside temple is one of the key landmarks of Bangkok and it’s been built in “khmer” style also celebrating Theravada Buddhism. As per this style the central main tower is surrounded by 4 smaller towers all of which are heavily decorated. Visitors get the chance to walk all the way up to the top of the main tower and witness the scenic views to the city. Take care however as the steps are very steep.

Situated right next to the city’s Chinatown area Wat Traiming is an exceptionally looking multilevel temple which features the largest (5 meter tall) pure gold statue of Buddha seated inside. To make its story even more interesting, the Buddha was long covered with a maze to hide its real value. The fact that it’s made out of gold was revealed accidentally in 1955.

This is another very popular and well known temple featured in many movies. It’s known for the dozens of statues all featuring a seated Buddha. Thanks to its location being between the Grand Palace and the Royal Palace make it easy to visit.

Things to do in Bangkok: 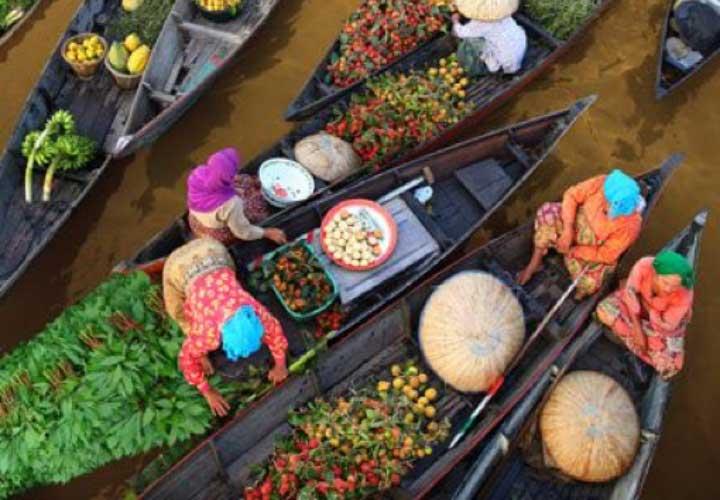 busy and so chaotic that it would leave everyone exhausted after a couple of days. The following places while situated inside of Bangkok would feel like you are outside of the city, they are so calm.

While most would suggest you to visit Ayutthaya, I would rather suggest you to visit Chiang Mai or Chiang Rai. These are longer tours and they may also include one or two sleepovers but they are well worth it. They would show you more of a real side of Thailand. If you have more than a few days, check out Pattaya or Phi-Phi Island which are highly regarded as the top seaside resorts of Thailand.

People: Thai people are exceptionally kind and hospitable people and this is a feature which made so many foreigners decide to settle in Thailand.

Shopping: Bangkok is full of marketplaces such as the well-known Chatuchak Market that’s very popular of selling artefacts from all over Thailand, China and Southeast Asia. If you want to check out a good shopping mall then check out Terminal 21 which is today’s most popular places for shopping. 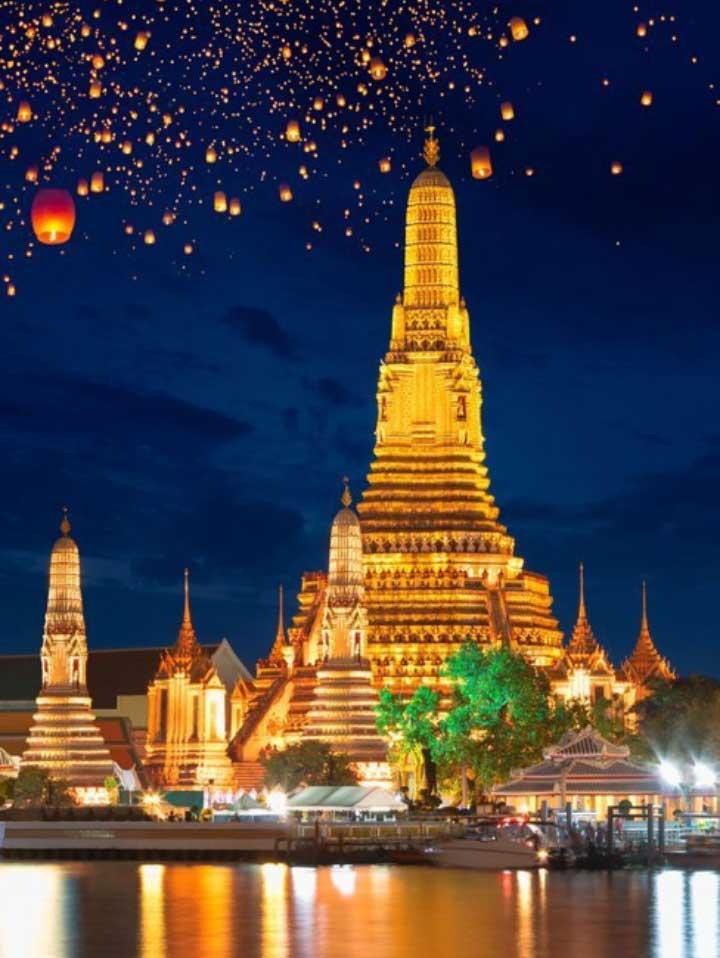 Search for flights to Bangkok